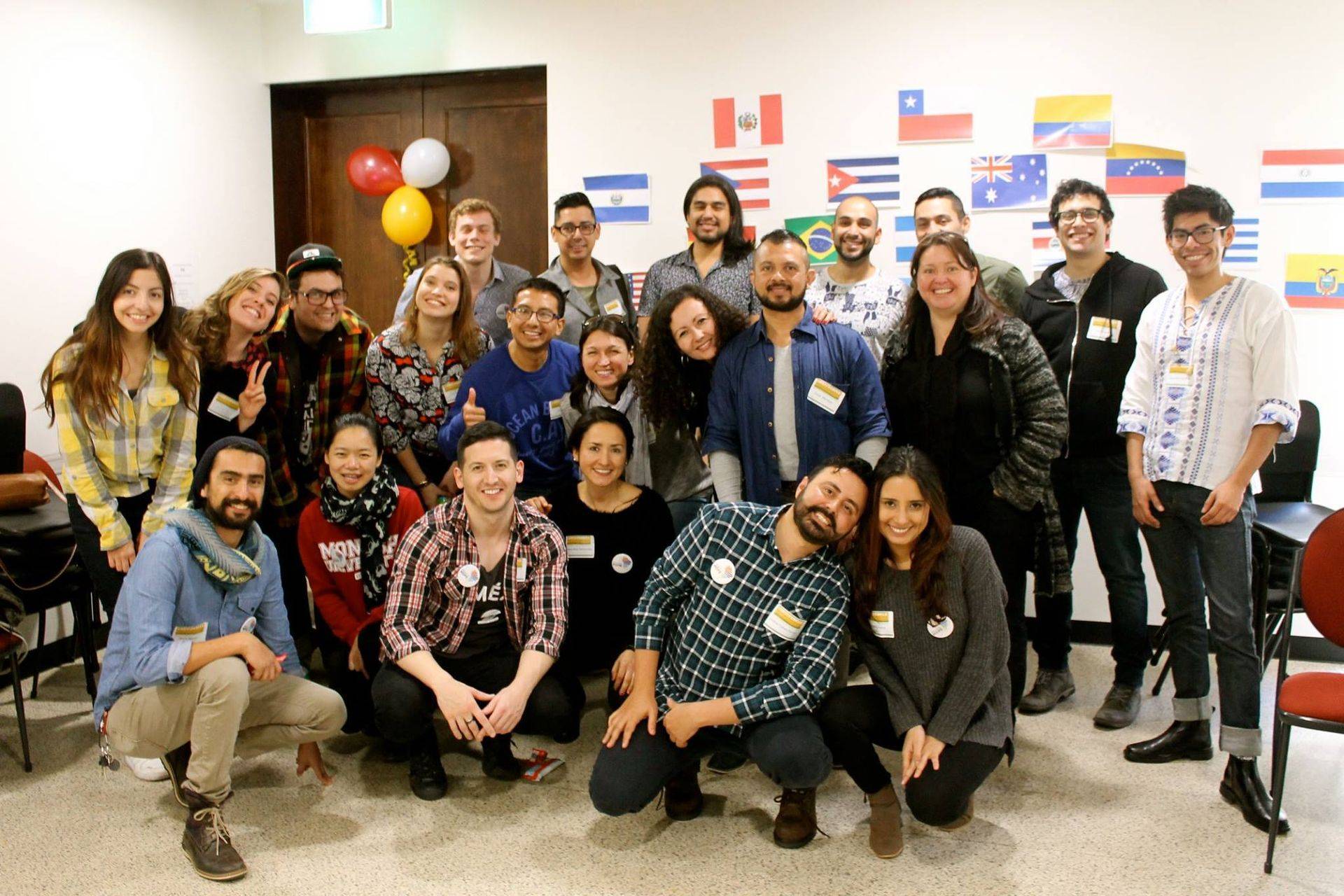 The LGBTIQ+ Latin Americans and Hispanics in Australia group started as a project early in 2015. Our members come from different countries in Latin America and are of diverse ages, genders and sexualities. We have created a permanent working group to build connections, provide information, make referrals to support and community services and to identify issues that our community faces in Australia. This committee aims to build connections with other community organisations and to grow our capacity to advocate government, businesses and mainstream NGO partners.

The groupâ€™s first official activity was our inaugural meeting in July 2016 at the Multicultural Hub in Melbourne. This was a very important milestone and all attendees were motivated and eager to engage. At this first meeting we discussed the purpose of the group and listened to the needs of the community. Through this process, some of the needs which were identified and with which we now work to meet include:

Be a community: to have our voice heard and to promote Latin American culture in the wider community. This involved the creation of a representative body that advocates, participates, organises and builds on the strengths and experiences of Latin people by Latin people. In forming a community, the members expect to feel supported while also providing support for those who need it, such as new members and international students, which in turn creates a strong sense of belonging.

Resources: this includes forming an LGBTIQ+ advocacy and representative body, having a newsletter and an orientation guide to provideI nformation about studying, work, taxes and visas, as well creating an introduction to coming out.

Events: organising social events, activities for the social good and opportunities to educate the Latin and wider community about Latin American and Hispanic LGBTIQ+ issues. Some ideas for activities are a same-sex salsa and a Latin queer dance night held at gay venues, a Latin-themed community dinner, Spanish/English language tutorials, an potluck sharing food from Latin American countries, casual coffee dates with other LGBTIQ+ Latin Americans and outdoor activities.

Other needs: consultation meetings when advocacy opportunities arise, making friends, involvement and relationships with other organisations, such as LGBTI and Latin- American organisations.

Political involvement: One of our members from Mexico, Asiel Adan, gave a strong and moving speech at a memorial service in Federation Square, remembering the predominantly Latin and Hispanic LGBTIQ+ victims of the Orlando shooting massacre. Some other members have been quite vocal at Latin American multicultural communities speaking on SBS radio in Spanish and Portuguese.

We also organised the first protest from an LGBTIQ group from Latin American and Hispanic backgrounds in Australia. The group gathered in Federation Square on the 19 August 2017 to demonstrate the unity of the LGBTIQ community and its allies. We were protesting for the rights to freedom, equality and self-expression. The gathering aimed to advocate, show solidarity and to act as a call to arms for the promotion of LGBTIQ rights in all Latin American countries, Australia and around the world.

We expect the group to grow and will keep organising activities. Hopefully in the future we will be able to apply for funding and develop further activities for this population in Victoria and Australia.